Sept. 29,  Sen. John Thune (R-S.D.) and U.S. Rep. Dusty Johnson (R-S.D.) led their colleagues in demanding that the Biden administration rescind a proposed rule that would mandate project labor agreements on federal construction projects of $35 million or greater. The rule would not only harm local businesses and ultimately undermine taxpayer investment in public work projects, but it would also be unworkable due to the limited number of union-connected workers.

“The stated goal of [the executive order] is to ‘promote economy and efficiency in federal procurement, but it would undoubtedly have the opposite effect,” the members wrote in a letter to President Biden. “A recent Associated General Contractors survey found 73 percent of federal contractors would not bid on a federal construction contract that includes a government-mandated PLA. Eighty-eight percent of respondents stated E.O. 14063 would raise costs, while 0 percent of respondents stated it would lower costs. The proposed rule would make it more difficult to find the local workers and local businesses needed to keep projects on schedule, especially during this historic shortage of skilled construction workers.”

Before the hearing, ABC sent a letter to the committee communicating how the ARP, IIJA and the IRA have all missed the mark on providing pathways into the construction industry for all Americans, as they have effectively prevented merit shop contractors, who employ 87.4% of the construction industry’s workforce, from having a fair chance at competing to build taxpayer-funded projects funded by these bills.

ABC’s key concern with President Biden’s executive order and proposed rule to require project labor agreements on federal construction contracts of $35 million or more, and many federally assisted projects, was echoed by several members of Congress.

In the hearing, Rep. Brian Babin, R-Texas, expressed his opposition to government-mandated PLAs, saying, “I’m very deeply concerned about our President Biden’s project labor agreements or PLA mandates, threats from the left to ensure that infrastructure funds only pay for union labor. These comments are very concerning, especially for the 87.4% of nonunion workers in construction. I have received correspondence from more than 1,000 construction companies and another letter from nearly 20 business groups that all oppose Biden’s PLA mandate. They say that PLAs discriminate against firms and workers based on whether or not their workers are union.”

Rep. Dusty Johnson, R-S.D., also voiced concern with the Biden administration’s pro-PLA policies, noting that the vast majority of contractors have “indicated that they wouldn’t bid on a federal project that had a project labor agreement as a requirement. I look at a workforce crisis out in this country; we have a lot of big things we want to get done. We don’t have enough talented and hardworking people to get done what we want to get done.

“You got a number of outstanding firms across our country where the workers have chosen not to unionize, they have made that decision. And they are at risk. Now, this is of particular importance in my state, South Dakota, where 4% of the workers are unionized. There are simply not enough unionized shops to be able to respond to the edicts that the administration has put out, saying that some workers will be frozen out of this kind of work. It seems to me that if we are shrinking the number of firms and workers available to bid on these projects, it will by necessity increase the price of those projects at a time when inflation is already destroying the purchasing power of these federal dollars.”

On June 16, House Committee on Oversight and Reform Ranking Member James Comer, Ky., and 12 other House Republicans sent a letter to the Office of Management and Budget raising concerns about the implementation of President Biden’s Executive Order 14063, “Use of Project Labor Agreements for Federal Construction Projects,” highlighting concerns that the proposal will raise taxpayer costs, cut nonunion workers out of federal projects and force right-to-work states to freeze local workers out of cooperative federal projects. The executive order mandates PLAs on federal construction projects of $35 million or more.

“As America emerges from the COVID-19 pandemic and confronts surging inflation, this is exactly the wrong policy to pursue—harming workers, punishing local economies and states, and increasing already out-of-control federal spending,” he wrote. “It should come as no surprise, therefore, that Congress did not include PLA requirements in the American Rescue Plan Act of 2021, the Infrastructure Investments and Jobs Act, and other recent infrastructure legislation. Eighty-seven percent of the U.S. construction workforce does not belong to a union.

OMB’s Federal Acquisition Regulatory Council is charged with developing a proposed rule to implement Executive Order 14063, which is currently under review at OMB’s Office of Information and Regulatory Affairs. The President’s push for PLA requirements threatens to shut the vast majority of construction workers out of the employment opportunities Congress intended this legislation to provide. The danger is especially acute in right-to-work states, where the President’s order threatens to eliminate local workers entirely from work on the affected projects.”

The House Committee on Oversight and Reform has jurisdiction over the ABC-supported Fair and Open Competition Act (H.R. 1284).

On April 27, ABC sent a letter to a congressional subcommittee warning of the negative impacts of imposing government-mandated project labor agreements on infrastructure spending.

Citing construction-related economic data and trends, including the construction industry shortage of 650,000 workers in 2022, ABC wrote that Congress should recognize that more regulations and less worker freedom will make it harder to fill any potential jobs created by the $1.2 trillion Infrastructure Investment and Jobs Act of 2021.

In the letter, sent to the U.S. House Committee on Transportation and Infrastructure Subcommittee on Highways and Transit for its hearing, “Examining Workforce Development and Job Creation in Surface Transportation Construction,” ABC advocated against President Joe Biden’s Executive Order 14063 requiring project labor agreements on federal construction contracts greater than $35 million. Government-mandated PLAs increase the cost of construction by 12% to 20%, reduce competition by excluding 87.4% of the construction industry workforce and steal up to 34% of wages from the few nonunion workers allowed to work on a PLA jobsite.

During the hearing, Rep. Scott Perry, R-Pa., discussed the harm caused by President Biden’s executive order mandating PLAs and the need to reform Davis-Bacon prevailing wage laws. Watch Rep. Perry’s statement and question on the topic here or below. 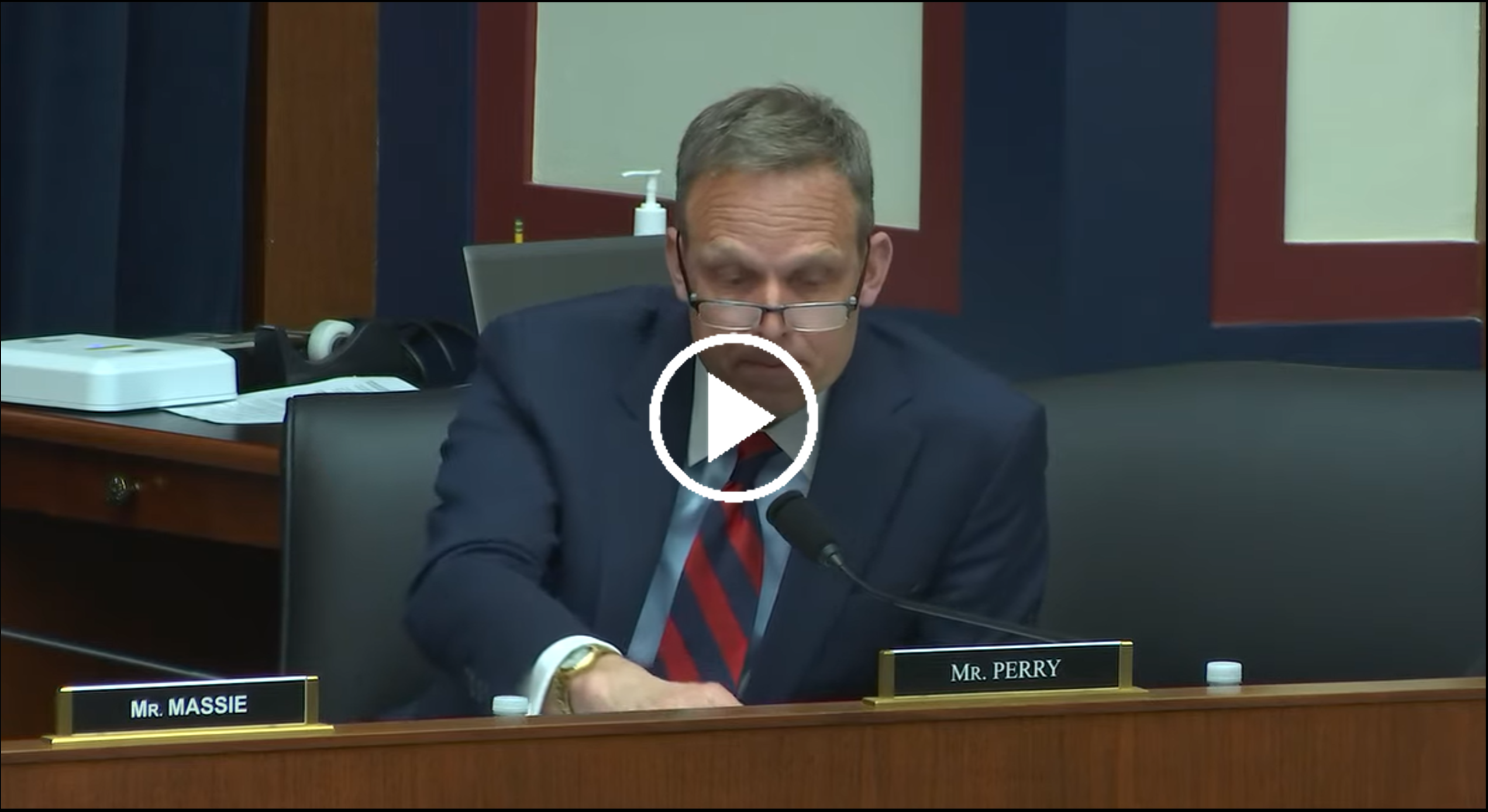 Additionally, Rep. Brian Babin, R-Texas, highlighted his concern over the PLA executive order, stating, “At a conference last month, Sen. Chuck Schumer stated that, in his role as majority leader of the Senate, he will fight to ensure that ‘every effing federal dollar only pays for union labor,’ further emphasizing his support for ‘PLAs everywhere.’ For everyone’s awareness, IIJA says nothing about project labor agreements and definitely nothing about every dollar only paying for union labor. These comments are pretty concerning, especially to the 87.4% of nonunion workers in that construction arena.” Watch Rep. Babin’s statement on the topic here or below. 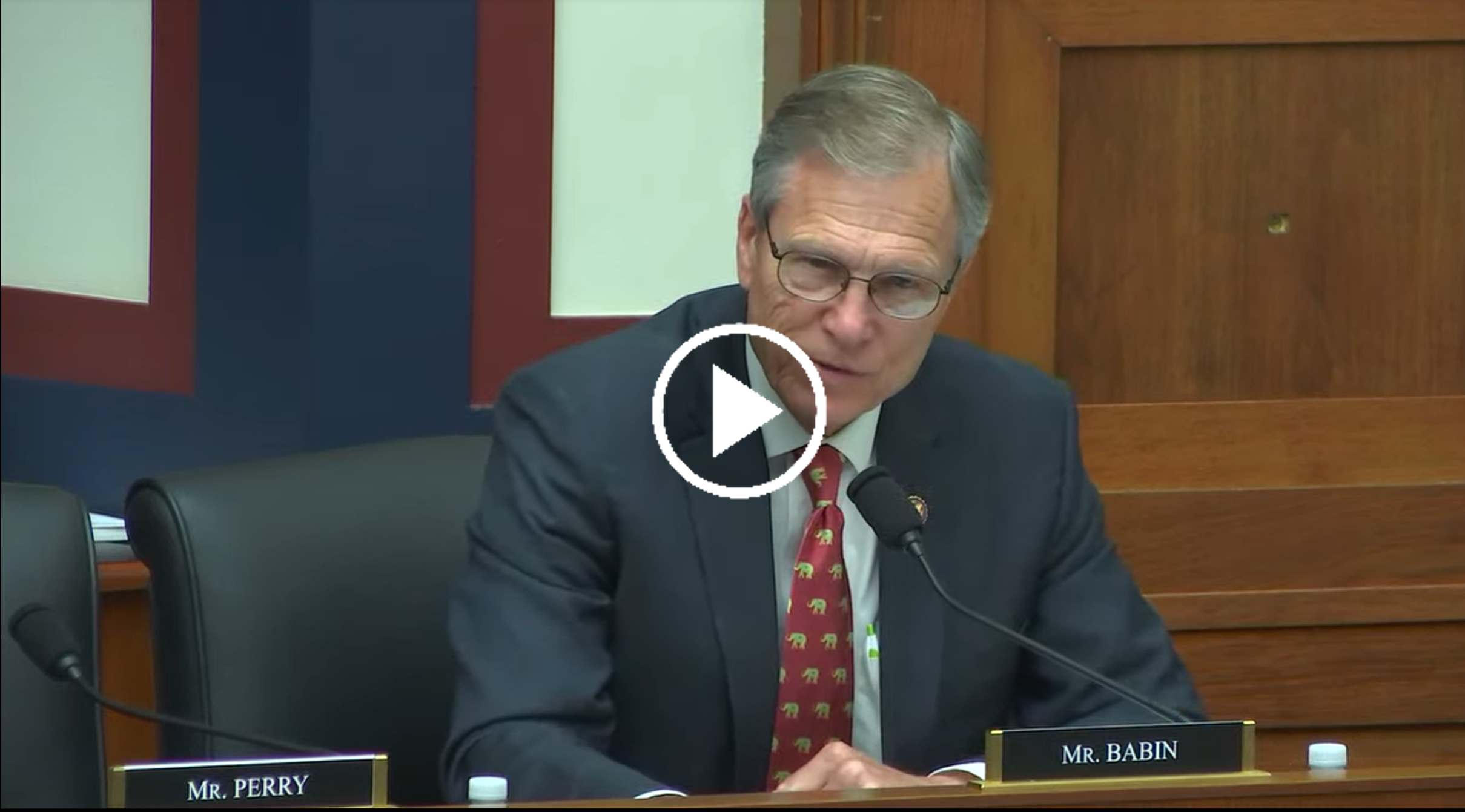 On March 30, ABC sent a letter to a Congressional subcommittee cautioning that more regulations and less worker freedom, combined with the construction industry shortage of 650,000 workers in 2022, will make it harder to fill any jobs created by the $1.2 trillion Infrastructure Investment and Jobs Act of 2021.

ABC advocated against President Biden’s Executive Order 14063 requiring federal construction contracts greater than $35 million to be subjected to project labor agreements, explaining that potential jobs and infrastructure improvements created by the IIJA will be severely hindered. That’s because PLA mandates increase the cost of construction by 12% to 20% and reduce competition by excluding 87.4% of the construction industry workforce that chooses not to join a union.

At the hearing, Rep. Roger Williams, R-Texas, the vice ranking member of the committee, discussed how President Biden’s executive order mandating PLAs is costly to taxpayers and discriminatory against most of the construction workforce as contractors seek to compete for federal contracts. Watch Rep. Williams’ statement and question on the topic here.

On Feb. 15, ABC and 15 organizations representing tens of thousands of companies and millions of employees in the construction industry sent a letter to President Biden outlining concerns with the EO.

On Feb. 28, ABC and a coalition of 19 organizations from the construction industry and the business community sent a letter to Congress in support of the Fair and Open Competition Act (S. 403/H.R. 1284), which would restrict government-mandated PLAs on federal and federally assisted construction projects.

On March 7, Sen. Todd Young, R-Ind., led a group of 42 Senate Republicans in sending a letter to President Biden opposing the EO, saying that “a fair and open bidding process for federal construction projects would guarantee the best value for hardworking taxpayers located in all geographies and regions across the United States.”

On March 8, Rep. Ted Budd, R-N.C., and 59 House members signed a letter to President Biden saying that PLA mandates and preferences will “deny critical construction jobs to local workers and small businesses,” urging the White House to refrain from “attaching strings to infrastructure funding that create discriminatory barriers to recovery.”

On April 6, ABC sent a letter to the White House with more than 1,200 signatures from members and chapters voicing strong opposition to President Biden’s PLA EO. The letter also lays out concerns with other federal agency policies promoting PLAs on federally assisted construction projects, which would affect the allocation of funds under the $1.2 trillion bipartisan infrastructure package that was signed into law last year, as well as other laws providing funds for state and local governments to improve its infrastructure.